Skip to menu Skip to content Skip to the footer
ATTENTION PLEASE: all our tours and experiences are organized in accordance with the rules in effect in matters of COVID 19 prevention – Info: +39 0544 482838 / iat@ravennareservation.it READ MORE

The Vena del Gesso is a long gypseous outcrop, which, alongside the scaly clay inlets extending in front of it, runs northeast-southwest from the Province’s border toward Brisighella. On the rocky face you can find mediterranean plants like the holm oak or the terebinto, and if you look at the sky you will se the beautiful brids flying all over.
You can also find the only one italian station of the persian fern Cheilanthes.
The vein is characterized by intense karst phenomena, a huge cave complex (Grotta della Tanaccia, Grotta di Re Tiberio), dolines, swallow-holes (Abisso Fantini, Abisso Mornig) and springs (Rio Gambellaro, Rio Stella). The area is crossed by four streams originating in the Appennines (Santerno, Senio, Sintria, Lamone).
The vegetation is particularly variegated, with typically Mediterranean elements, and cliffs alternating scrubs and garigues.
In the area of the Vena del Gesso there are the naturalistic park named ‘Carné’ and also the Museo del Paesaggio , in the Rocca di Riolo, and the Museo geologico del Monticino.

The territory of Ravenna, though highly anthropized, has unique and charming natural environments. Most of them are protected areas or nature reserves included in the Po Delta regional park, where many interesting animal and plant species grow inside diverse habitats such as valleys, salt pans, lagoons and forests.
The extraordinary wetlands of Punte Alberete and Pialassa Baiona are the evidence of ancient marshes that once surrounded Ravenna. In these areas, the quiet flooded forests and the rustling reed bushes represent a shelter for rare birds. The winding mouth of Bevano stream, flowing freely among living sand dunes continuously forming and reshaping, is the only uncontaminated mouth in the northern Adriatic region.
Now belonging to the city of Ravenna, in the past the Pinewoods of San Vitale and Classe were property of the two main Benedictine monasteries of Ravenna. Their green umbrella pines, the scented blooms of their hawthorns and the still waters mirroring heron wings are still permeated with the original charm of the pinewood that Dante and Botticelli, Boccaccio and Byron, Oscar Wilde and D’Annunzio had perceived. A 13 kms cycling lane from The Basilica of Sant’Apollinare in Classe to the pinewood of Cervia lets you cross through all the Pinewood of Classe.
The numerous and big parks of Ravenna are equipped with many facilities, especially for children: some examples are the Public Gardens, home to the Astronomical Observatory, the Park of Theoderich, surrounding the Mausoleum of the great king of the Ostrogoths, the Rasponi Garden and its forgotten herbs and finally the Park of Rocca Brancaleone, where various tree species flourish.
The equipped sandy beaches of Ravenna – stretching between sea, pinewoods and lagoons over a 35 km coastline – offer multiple and varied holiday options.
Just a few kilometres off the coast is Paguro Platform, a protected area of great scientific interest, a refuge for marine fauna and flora, as well as a diver’s paradise. In the hinterland rises the NatuRa Museum (Alfredo Brandolini Natural Science Museum of Ravenna), housed in the restored Palazzone in Sant’Alberto, containing wide collections of local fauna and special sections dedicated to the history of the pinewoods in Ravenna.

Terre di Faenza is a territory, a grouping of places, which involves the Municipalities of Faenza, Brisighella, Casola Valsenio, Riolo Terme, Castelbolognese and Solarolo.
The itinerary links places featuring relevant historical and artistic resources, such as the Renaissance and Neoclassical town of Faenza with its ceramic art; the evocative medieval village of Brisighella located on the foot of three chalky hills; Riolo Terme with its spa waters and an ancient fortress; Casola Valsenio with historical buildings, old sighting towers, Romanesque parish churches and a Herb Garden; Castelbolognese proud bastion where elegant bronzes embellish precious corners; Solarolo surrounded by fertile plain and archeological remains. This route also offers a rare natural setting and an incredibly varied heritage of fauna and flora with the “Vena del Gesso” Regional Park. Along with history and nature, this territory is also renowned for the Flavours of its cuisine based on typical produce.

The portion of Romagna known as Bassa Romagna is not marked by real geographical boundaries. This area is identified as the heart of the province of Ravenna, a consortium of municipalities of the following towns: Alfonsine,
Bagnacavallo, Bagnara di Romagna, Conselice, Cotignola, Fusignano, Lugo, Massa Lombarda, Russi and Sant'Agata sul Santerno. It stretches across an area of 480 square km and has over 100,000 inhabitants.
Bassa Romagna boasts remarkable historic town centres, important prehistoric and archaeological sites, luxuriant green areas and unique ecological habitats, such as marshlands. Parishes, ancient churches, strongholds, rural mansions, old mills and country houses lie along the countryside roads, scattered amongst fields, fruit trees plantations and small green patches, or in the shade of monumental trees. The flatness of the land and the intricate network of roads and lanes make Bassa Romagna the ideal place for cyclists; here they will enjoy exploring the countryside with its patterns of fields and its constantly changing colours throughout the seasons. While cycling through this area, it's easy to discover ancient villages and authentic art treasures, such as craftsmen's workshops and lots of other things that are the manifestation of local people's civilization, traditions, work, roots, creativity and warm hospitality.
The perfect complement to the historical, cultural and natural itineraries is embodied by the remarkable tradition
of local gastronomy, which has labelled Bassa Romagna as "terra della buona tavola" (land of good food). The local rural and cultural tourism is attractive for several reasons; the area features traditional hotels, characteristic bed and breakfast and several farm holidays. Bassa Romagna increasingly represents an attractive place to explore because of its own merits, but also as a strategic location for those that want to visit the more established tourist destinations of the area.

Our guided tours can be personalized (also the routes) and based on the number of the partecipants.

A full day in Faenza and Brisighella

This package includes: 3 hours guided tour in the city of Faenza, visit to the International Museum of Ceramics, visit to a ceramics workshop, lunch at a typical restaurant (drinks included); in the afternoon guided tour in the medieval center of Brisighella, admission to the Fortress, oil and typical food tasting in the CAB.

Does not include: transport, insurance and everything that is not mentioned in “This package includes”.

It is possible for us to organize cooking class in an agritourism, tastings in a wine cellar or in a olive oil mill, cycle-tours, trekking, excursions to the caves; we can also propose you some packages that include the admission to the thermal pools in the hills, and also let you partecipate to the harvest of olives or grapes. 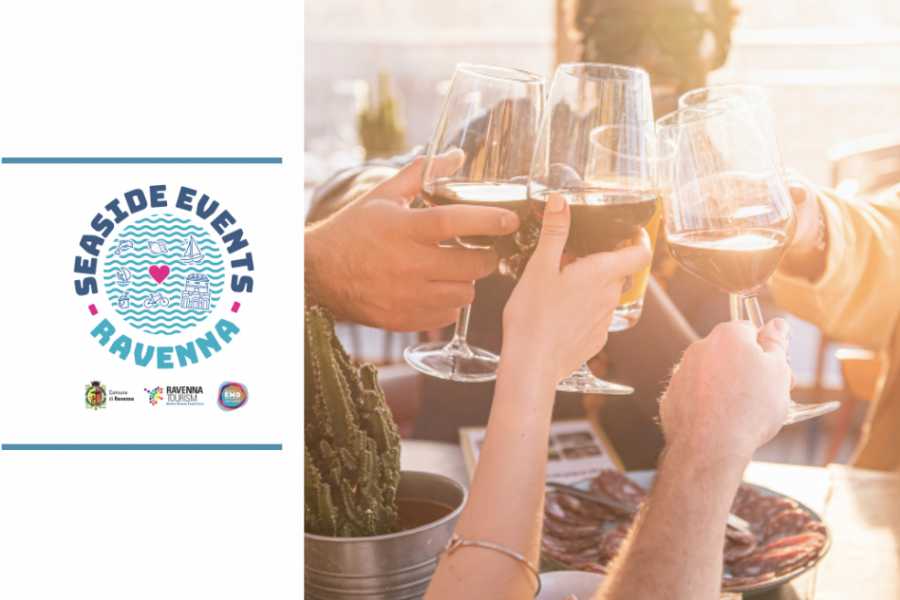 Aperitif on board of the Stella Polare motorboat

Short navigation tour inside the Dock in the Candiano Canal, where you will discover, by a licensed guide, the story of this part of the cit [...] 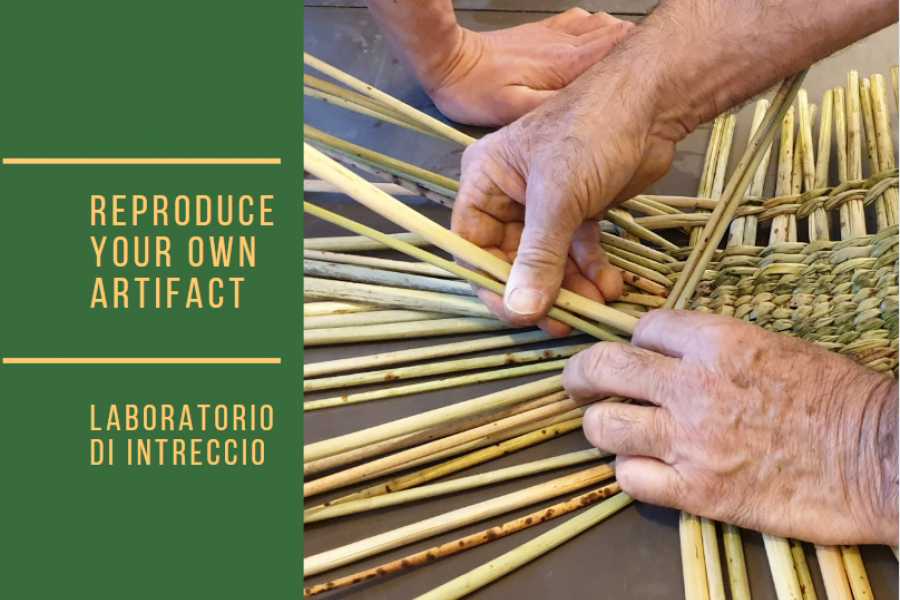 WEAVE WITH YOUR OWN HANDS 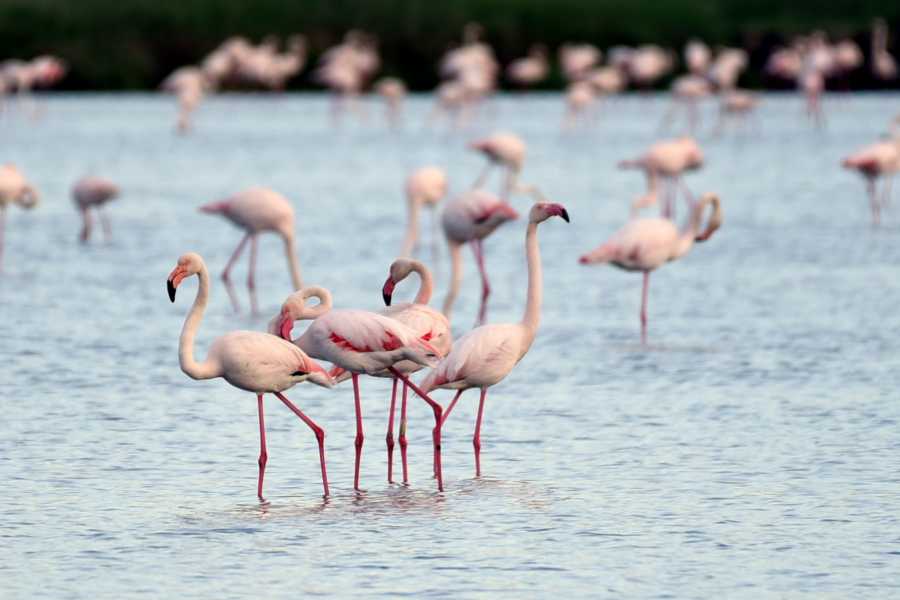 Guided excursion by electric boat to discover the treasures and curiosities of the Salina di Cervia. The tour includes the transfer to the  [...] 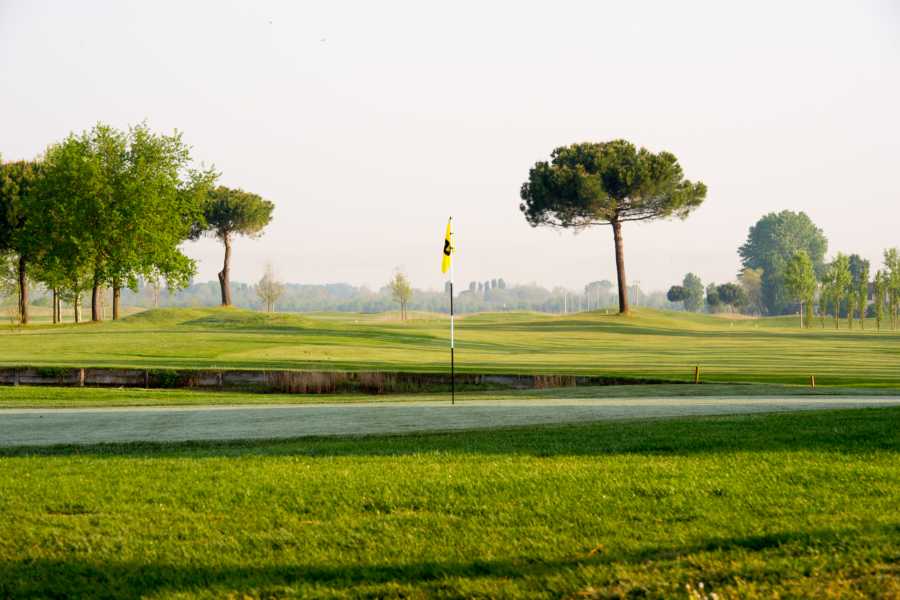 The 27 holes of this charming club wind their way through uncontaminated pinewoods and salt lakes in a setting of rare natural beauty just a [...] 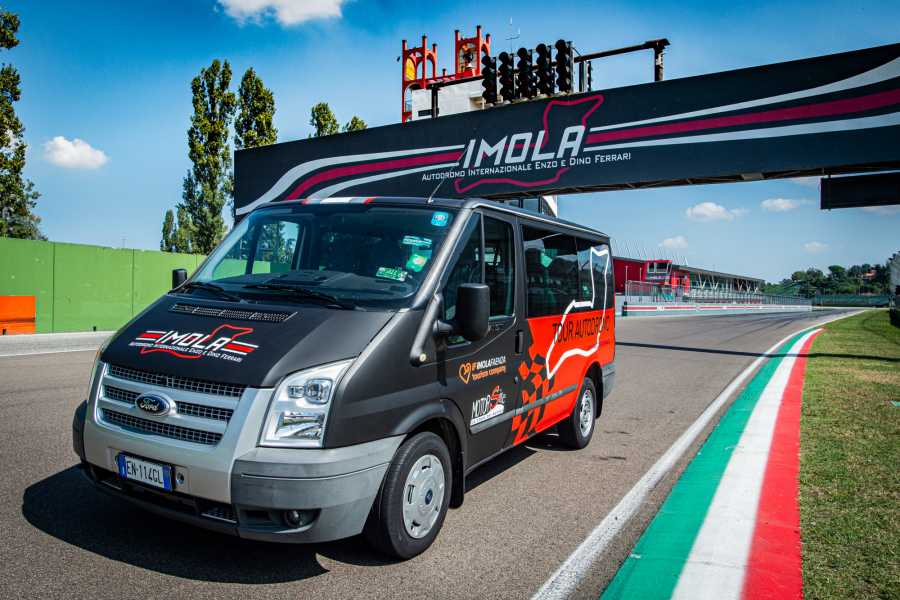 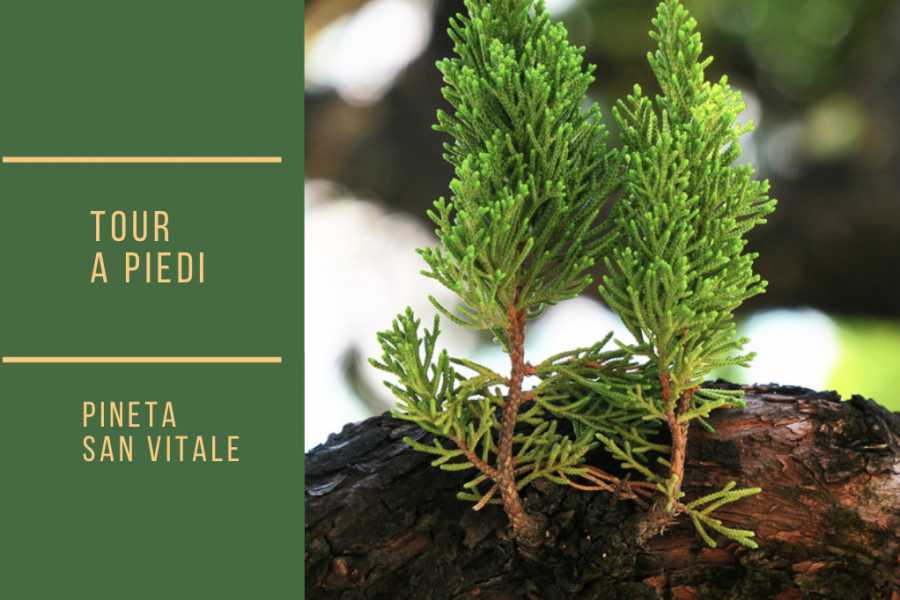 Naturalistic walking tour inside of the San Vitale Pinewood Forest, one of the most ancient of Ravenna. All participants will be provided w [...] 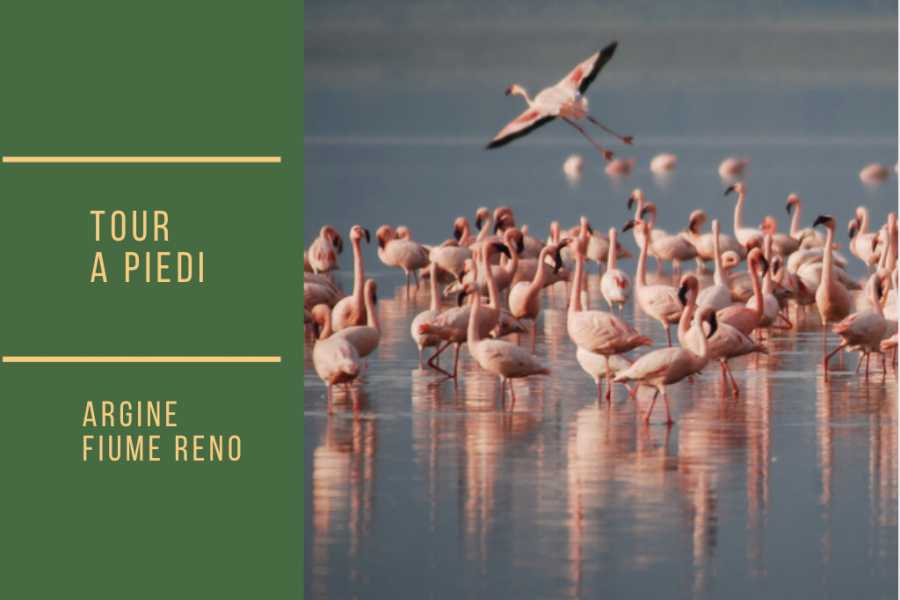 This tour starts from Sant’Alberto, and will take for a walk along the banks of the Reno River, to observe the Southern Comacchio Lago [...] 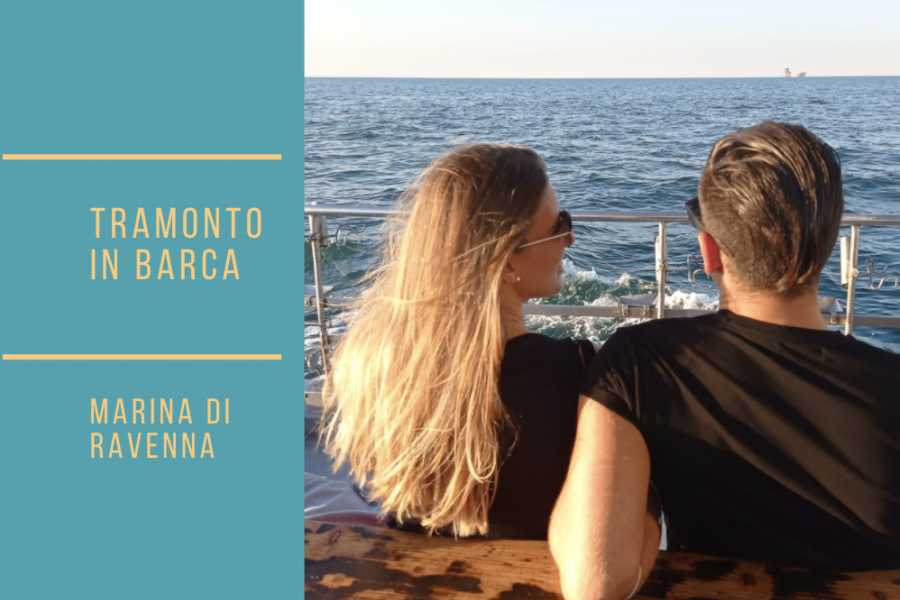 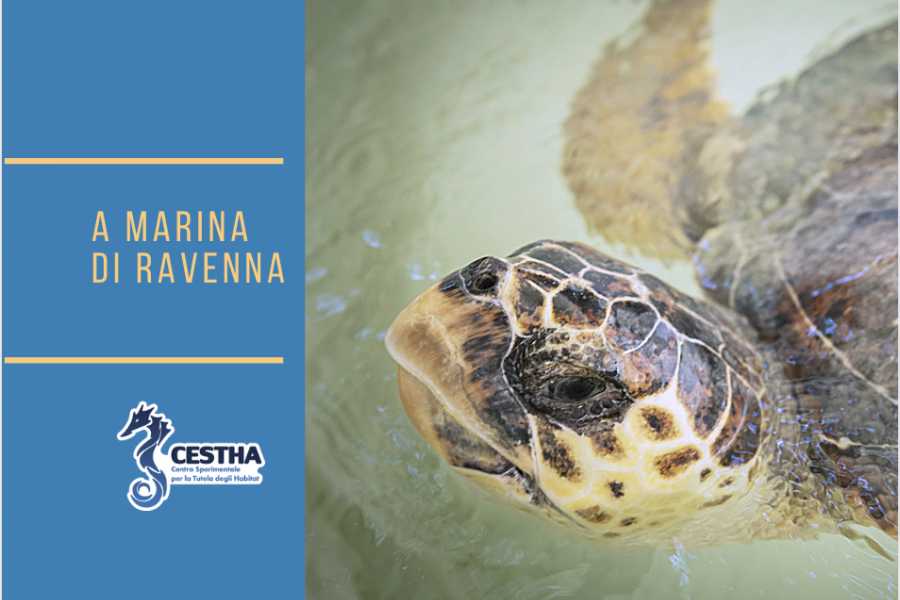 Let yourself experience the emotion of turtles’ dining time, special guests of the Cestha Center (Experimental Center for Habitat Prot [...] 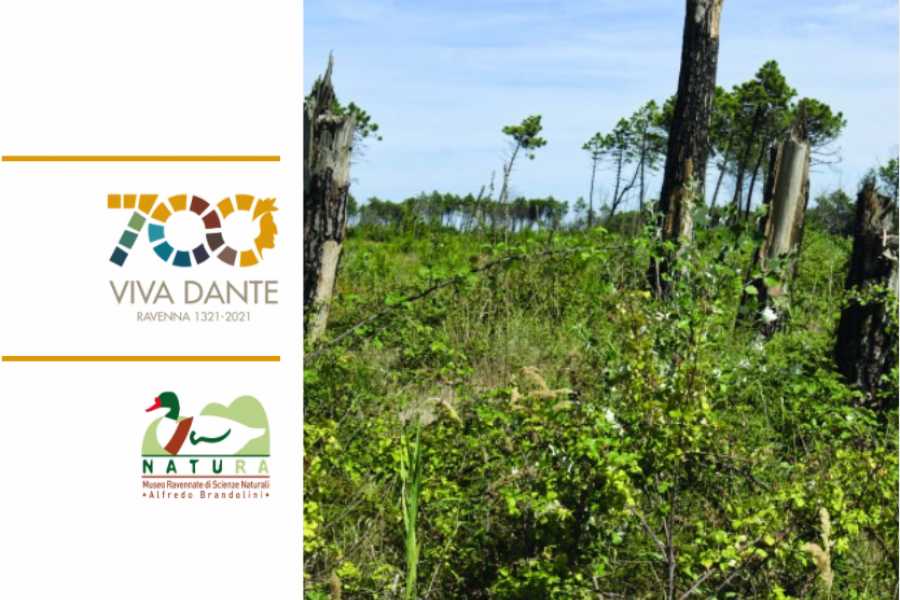 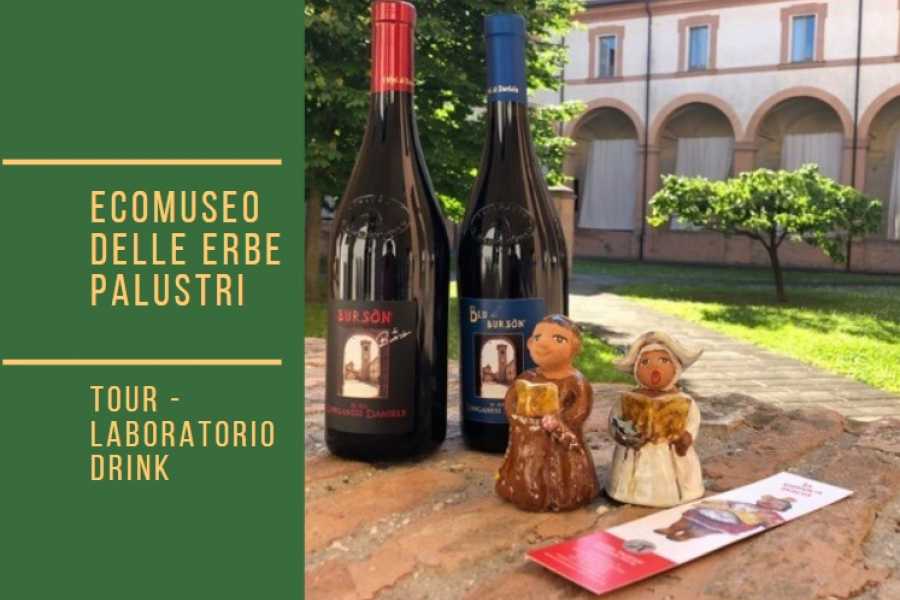 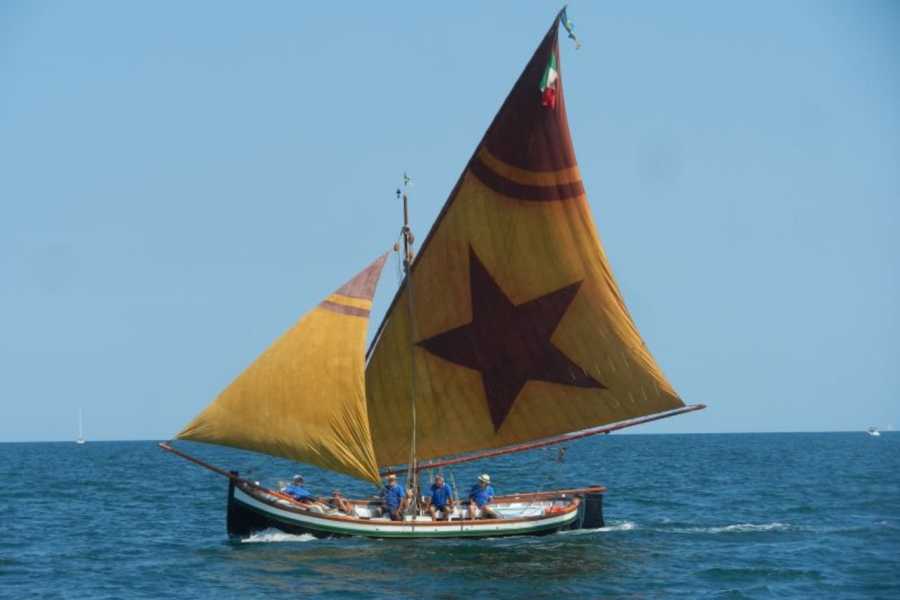 Sailing at dawn in a historical boat

The thrill of sunrise while sailing aboard a historical boat. The colored sails on the third will make you live the experience of the sea in [...] 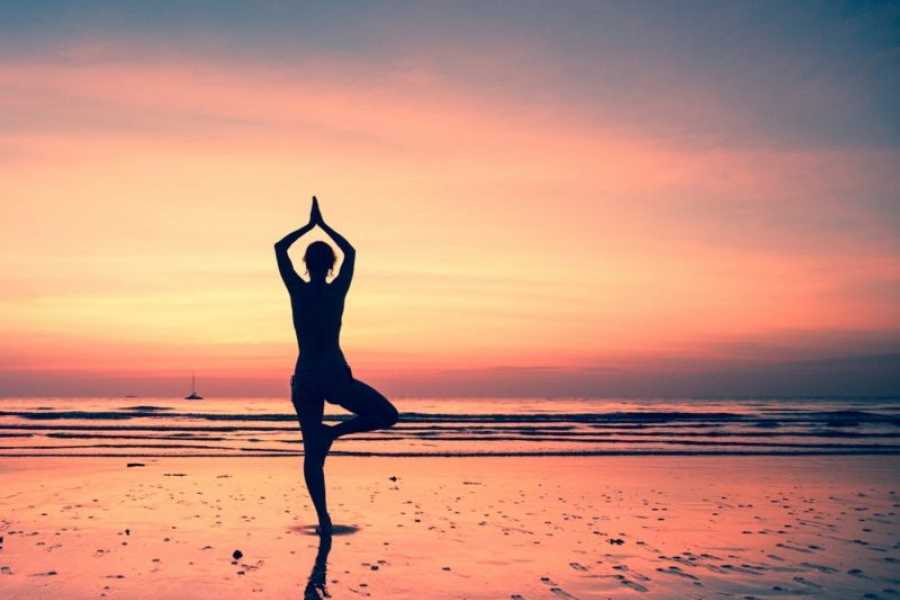 Yoga Lesson on the Beach

End your day at sea with a relaxing yoga lesson on the beautiful beach of Cervia. Yoga is a millenary discipline that involves body, posture [...] 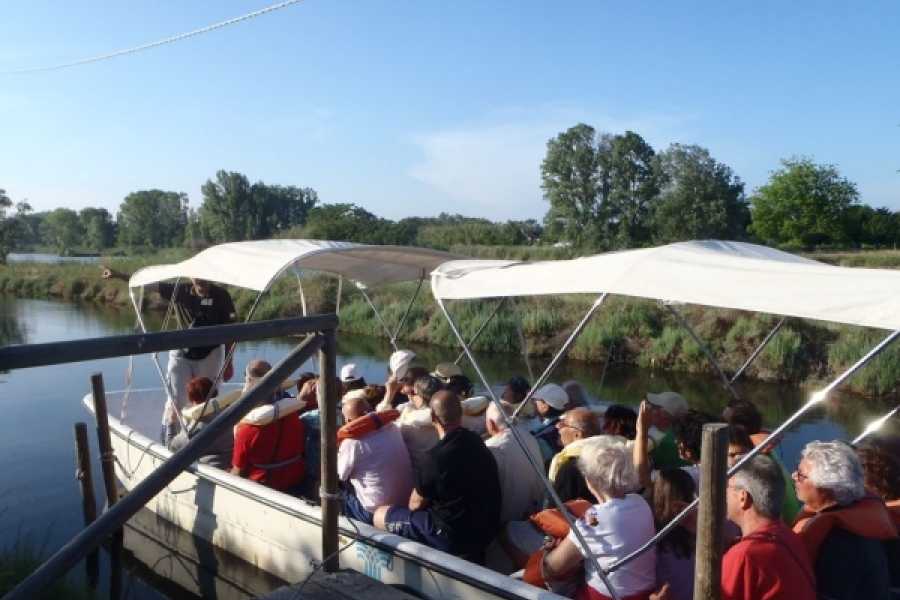 Guided excursion by electric boat to discover the treasures and curiosities of the Cervia Salt Works. After meeting up at the Salina Visitor [...] 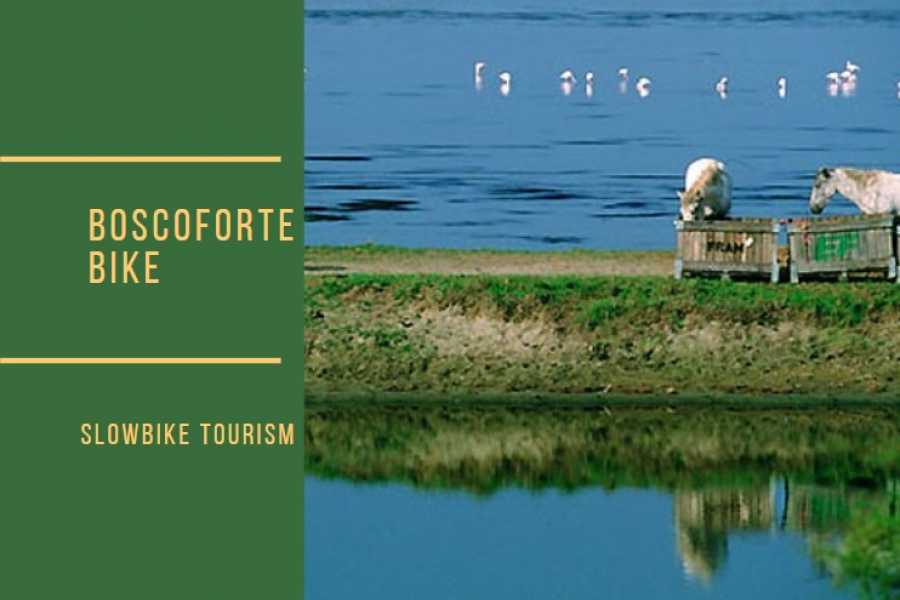 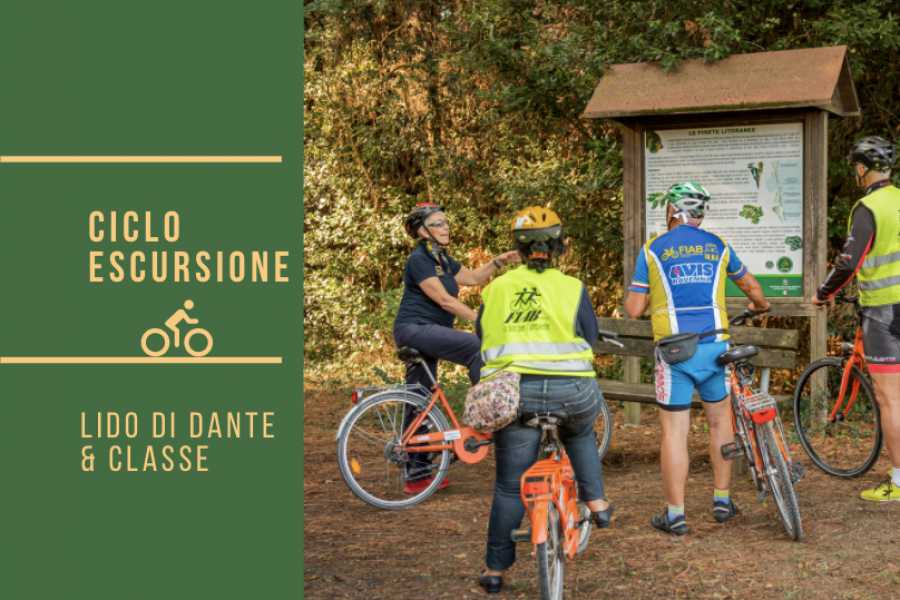 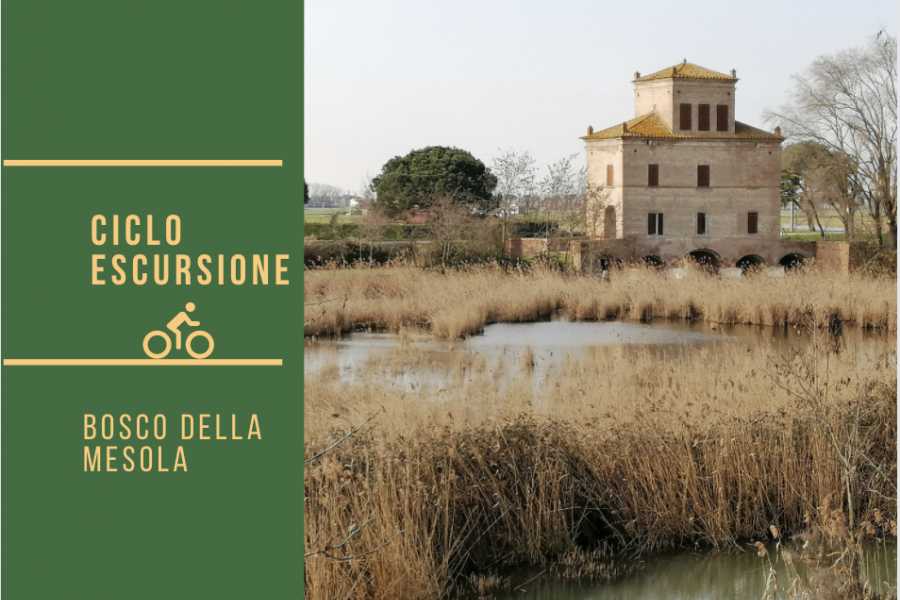 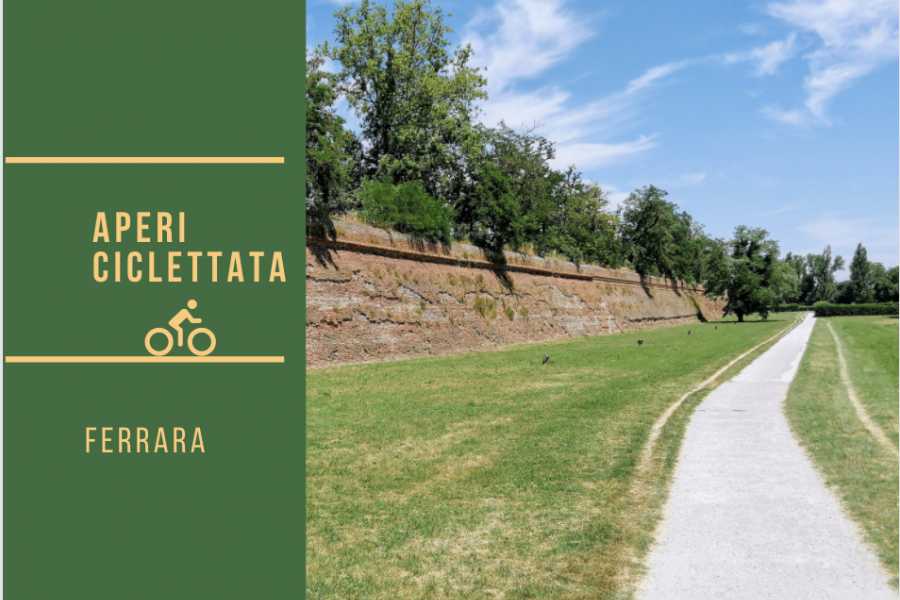 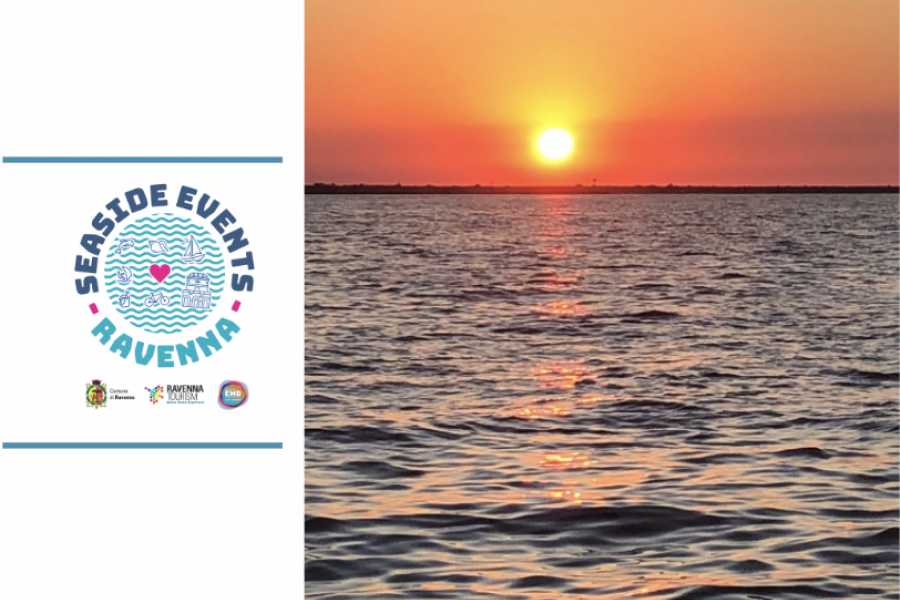 Excursion aboard the Stella Polare motorboat

Starting from the Darsena we will sail along the Candiano, a navigable canal that hosts part of the industrial port and connects the art cit [...] 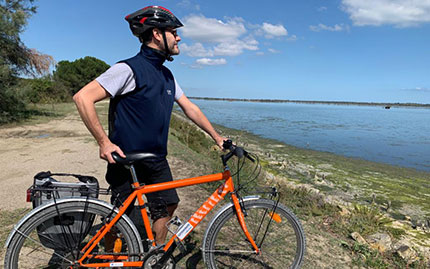